All kinds of everything 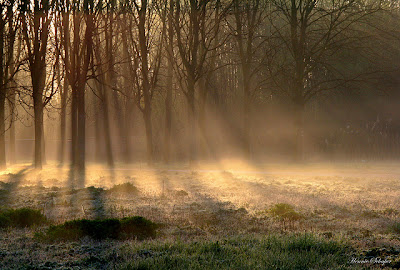 This page presents a collection of photographs by Hennie Schaper that do not fit the main topics. It is a mixture of his personal choices and crowd favourites (and some are both). Comments are by the photographer, clicking the images will lead you to the corresponding Flickr page. The link for the theme photograph above can be found here. 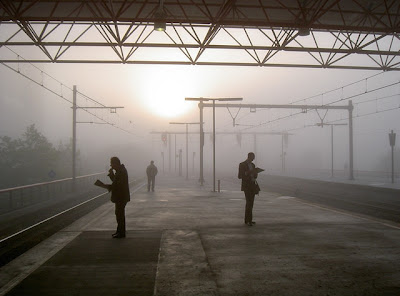 The shot that really started things for me: this was the first one that got a lot of reactions and faves on Flickr, and is still one of my most popular photographs. A chance encounter at the railway station in the morning for my daily commute, when everything just came together: the silhouetted figures and the light of the sun breaking through the fog. Straight out of camera by the way. 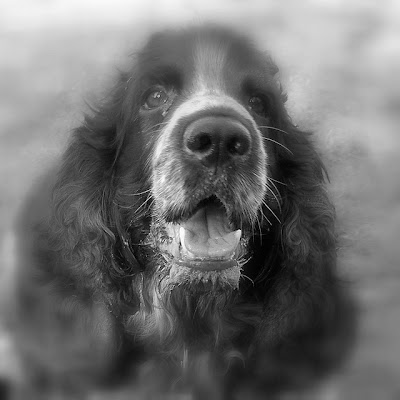 This portrait of our cocker spaniel Jazz was my first shot to make Flickr Explore, and also the first in which I did more post-processing than just cropping, in particular applying a smoothing soft-focus effect. 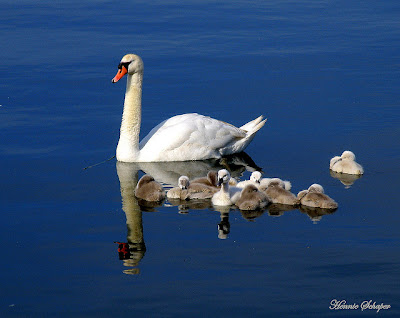 I had been stalking this swan with its cygnets for a few days, when they finally came close enough to the shore of the lake near our home (at the time) to catch them. In spite of the popularity of this shot, it did not reach Flickr Explore, whereas another less popular shot in the same series I took that day did. 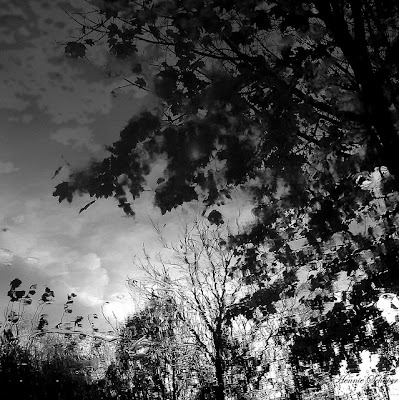 An early shot from 2007, but it took 2 years before I appreciated its qualities (helped by more post-processing than I did initially) and posted it on Flickr. Even then, it took a while before I decided it was one of my better shots. It is the reflection of trees in our garden table - leading to an image that is at the same time peaceful and complex. 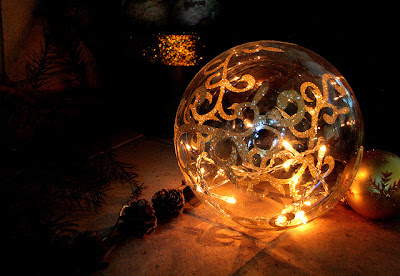 My favourite Christmas decoration shot, and one we have used for our own Christmas cards that year. I took this at my brother's house. I like the lighting in this shot in particular. 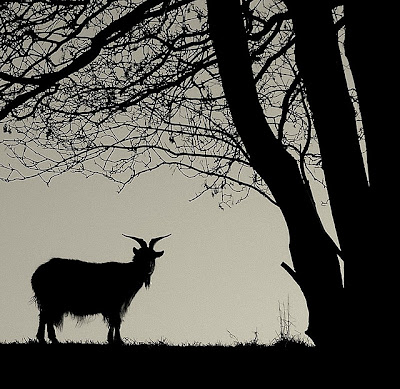 An early shot, but a favourite one - and a popular one. As one comment at Flickr put it: "The goat is somewhat creepy - who the heck's seen a goat silhouette?" Nowadays I would probably push the contrast more, but I decided to leave at as it was. 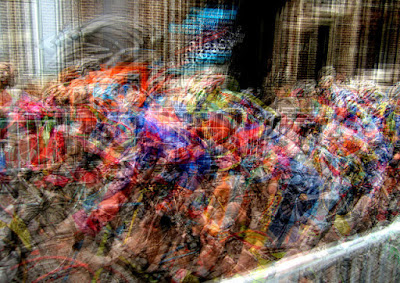 This shot is a digital merger of seven photographs taken during the start of the local bicycle race. The result is a unique impressionist image. 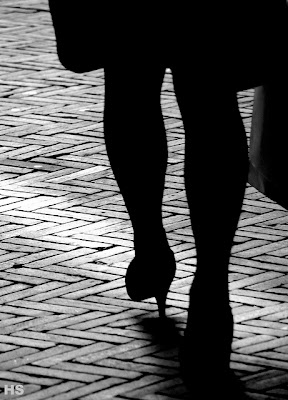 A chance snapshot of a passer-by whilst walking from the restaurant to the car. The black-and-white conversion really adds to the impact of the shot. A personal favourite. 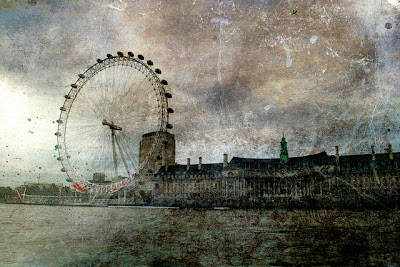 Part of an experimental series where I made shots of recent architecture or city scapes look ancient by applying a suitable texture. This is my favourite, the London Eye does not look at all like your typical tourist shot in this version. 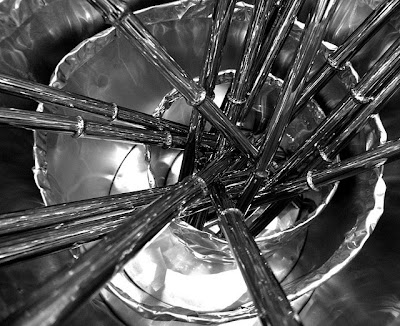 This is a rather unusual decoration piece, encountered in the famous interior decoration shop of Jan de Bouvrie in Naarden, and photographed with what one commentator called "a no-prisoners tight crop and exaggerated perspective". 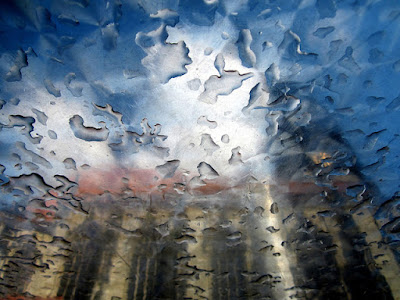 This is my most faved shot on Flickr and one of my personal favourites as well. It is the cathedral of the German city of Munster, reflected in a wet restaurant terrace table and flipped upside down. 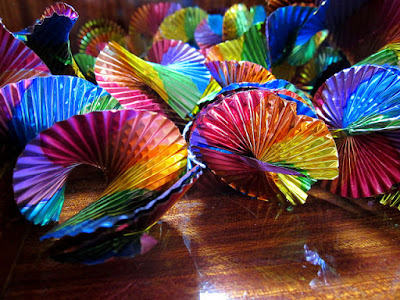 Paper decorations on a ship moored at the banks of the IJssel. Their shape and colours made for a compelling photograph. 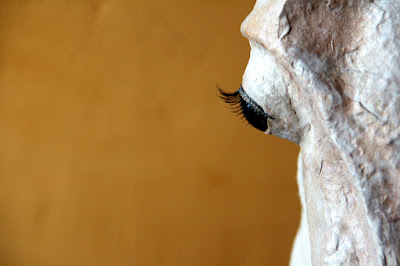 This is a close-up of a paper sculpture by Elsa Visser. From a composition point of view, the important characteristics here are the use of negative space and the golden ratio (placement of the eye on a golden ratio focal point).