More about the artist 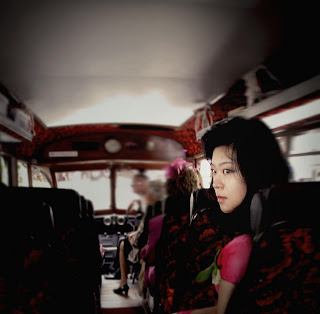 Lu Schaper (Yang Lu) was born in Shanghai, the Paris of the East. At the age of sixteen, she entered the Academy of the Fine Arts in Shanghai University, majoring in Western painting. Subsequently, she studied traditional Chinese painting in the Central Institute of Fine Arts in Beijing. In the mid nineties Lu came to Malaysia and Singapore to work as a free-lance professional artist. She held three solo art exhibitions and took part in numerous combined exhibitions. In addition, she was interviewed by Singapore newspapers, radio and television, and the Alliance Francaise Singapore. Lu joined the Culture Society of Singapore in 1997, and she is a life member of the Singapore Art Society. Her first brochure, "Art of Rosina Yang", was published in June 1998.

In the period 1999-2002, Lu Schaper was concentrating on a series of paintings inspired by the Shanghai of the twenties and thirties. A new chapter in her life was opened when she moved from Singapore to Rouen, France in August 2002. Experiencing the works of the great German expressionists in the European musea late 2003 has had a dramatic influence on her style, and led to the birth of what is now called Shanghai Expressionism.

Lu Schaper was honoured to be the invited artist at the regional exhibition in Rouen-Bonsecours in March 2003, and was interviewed in the regional newspaper Paris-Normandie twice. In June 2004, she had the first opportunity to exhibit her works in the heart of Paris. In November 2004 she moved to Holland, and held a series of solo exhibitions in and near Amsterdam (2005-2010), Hamburg (2007), Paris (2010), and Shanghai (2010-2011). She was one of the invited artists for the prestigious Contemporary Chinese Art 60-70-80 exhibition in Tours, France (2009).

In recent years, a number of books have been published in China that use her art as illustration. Moreover, since 2010 her art designs are used by the famous Shanghai High End Fashion chain Shanghai Story for a series of successful silk and pashmina scarves, including special series for the Shanghai World Expo 2010. The German rock band Dorian Opera have used one of her paintings as the basis of the cover of their first CD No secrets. In June 2012 Lu has opened her own gallery in the center of the Dutch Hanze city of Kampen: Galerie LuS. Her works are collected by local and overseas art lovers. Examples are the Hong Kong Chinese University, Plum Blossoms Art Gallery Hong Kong, The Artist Publication Taiwan, Dover University USA, the Singapore Art Supply, Criterion Singapore and the Singapore Catalyst Technology Centre.