Gallery LuS - from Shanghai to Europe 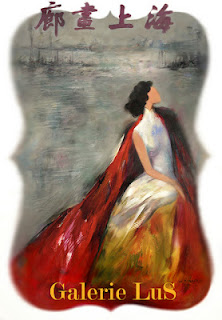 Why did we name our gallery LuS? In mandarin, lus (鹭鸶) is the word for the Chinese heron, a bird that I have drawn very often in my formative years. When I got to be known in Shanghai for my columns in magazines and on the internet, I called myself Haishang Lus (海上鹭鸶), the heron above the sea, with Haishang (海上) being a variation on Shanghai (上海), the city I was born in. And since I have called myself Lu Schaper in the Netherlands after my marriage, the choice for LuS was a logical one.

Critics in Shanghai have said that I represent the renewal of the original Shanghai art movement "Haishang " 海上画派 of the previous century, a mixture of Eastern and Western styles representing the colonization of Shanghai in the early 20th century. The Chinese name of our gallery was also created by a prominent artist Liu Hai Su 刘海粟 of this movement in Chinese calligraphy for my father's gallery in Shanghai in the 80's. This is the first art gallery in Shanghai after the Cultural Revolution. The gallery is located in the most famous shopping street Avenue Joffre (霞飞路) inside the French concession. 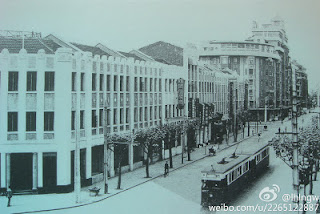 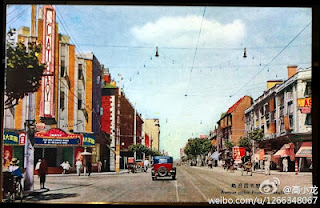 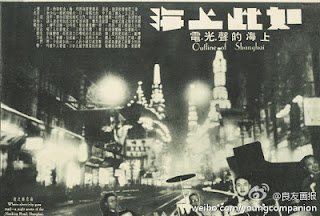 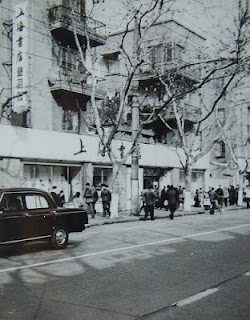 This is a picture from 1980 of the Shanghai gallery where my gather was the manager, and where I grew up. I met many artists there. This gallery was in the most important shopping street of the French part of Shanghai. The Chinese name is the same as the name of our gallery in Kampen. 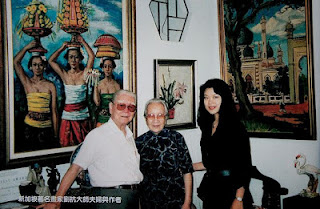 This picture shows me (on the right) with Liu Kang, a famous Singapore artist, and pupil of Liu Haisu in Shanghai. 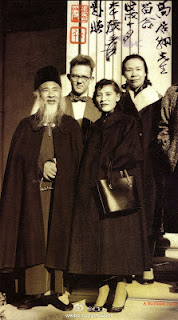 This is a photograph of Zhang Da Qian, a famous artist of the Shanghai School (left) who lived

and worked in the French Concession of Shanghai (picture from web).