Set the controls for the heart of the sun 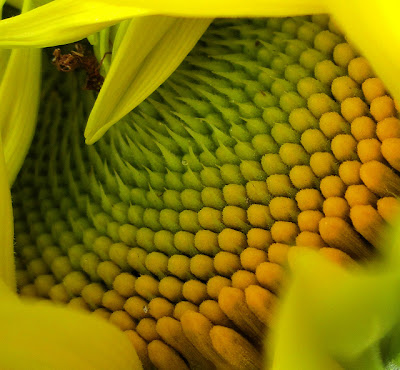 Short description:
I still cannot believe this one. Flower macros do not feature in my portfolio a lot - in fact, it was only in 2012 that I was embarking on them a bit more seriously. This extreme close-up of a sunflower had been on my list of shots I might upload to Flickr for a while - I was really not sure it was good enough. In the end, I gave it the benefit of the doubt, mainly because liked the title (which of course refers to a Pink Floyd song). After an hour I changed my mind, and was going to delete it from Flickr. Only the fact that it already had a comment stopped me from doing so. Then things got out of control: fave upon fave followed, and it became the 54th shot of mine to reach Flickr Explore, eventually topping out at #80, the second-best performance of any of my photographs.... Weird.