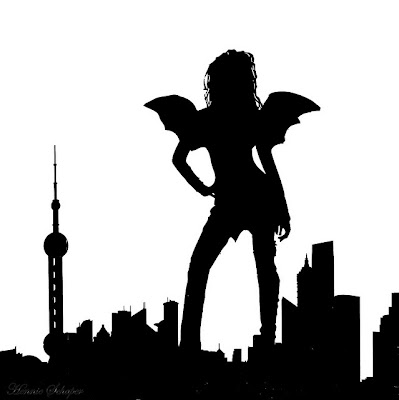 Short description:
The second of two similar shots. I was hesitant to post them to Flickr, I was hesitant to include them in this site. I spotted the combination of the two as a decoration on a wall in Shanghai's French Park - my work was in the postprocessing (going for even more extreme contrasts) and deciding on the crop. As you can see, there is some overlap. I thought the original image worked better as two square crops.